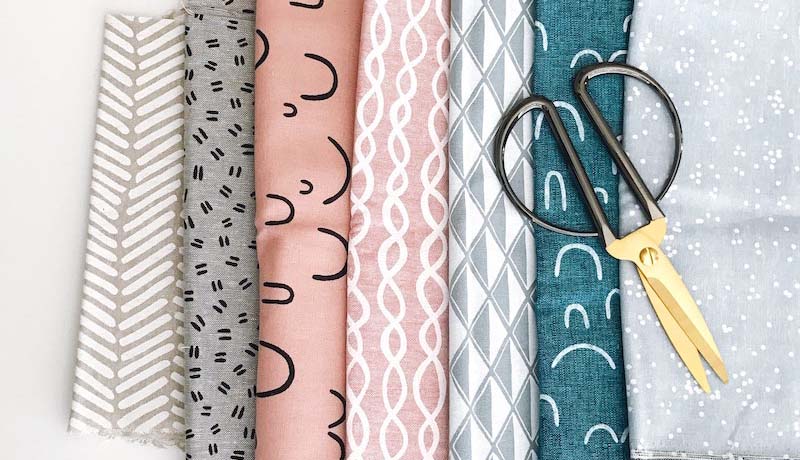 Weighted blankets have gained immense popularity among people from all walks of life. Though they are now sold commercially to everyone who wants to have them, they were once used as therapeutic pieces in the past.

There are a handful of benefits to have, particularly for individuals with conditions such as anxiety, post-traumatic stress disorder, attention deficit hyperactivity disorder (ADHD), autism spectrum disorder (ASD), and other mental health disorders. However, where did the idea of a weighted down blanket come from? Continue reading to find out more about the origin of weighted blankets.

Weighted blankets came from a societal need. In fact, they were used in the past for the treatment of children with severe anxiety, autism, and post-traumatic stress disorder (PTSD). Like most innovations, it stemmed from the need of children suffering from various disorders. From then on, heavied down duvets have become an effective tool for doctors in the mental health community.

The doctors tried to calm their patients with weights based on the principle of deep touch pressure. Deep touch pressure is the science behind these blankets. The calming effect comes from the pressure directed at the body, triggering the production and release of serotonin, a feel-good hormone. Many mental health disorders and conditions are linked to decreased levels of this brain neurotransmitter.

The origin of weighted blankets can be rooted in the idea of deep touch pressure in the form of weights. However, the doctors found that some weight could be calming but haven’t exactly figured out how to evenly distribute it on the body, hence, the creation of a heavy cover for the whole body. The doctors first used blankets stuffed with more filling, making them look bulky and they quickly became too heavy. As a result, they could not conform to the body and made them even heavier due to the pull of gravity.

The method went on in the autism community mainly crafted by the family members of the patients or children with special needs. As time passed by, the innovation came from the family members, creating quilted squares for the weights to be placed in. In time, they experimented on other forms of weights such as rice, beans, corn, stones, popcorn seeds, and other materials. With trial and error, they realized that the seeds aren’t as heavy and they sprout. On the other hand, stones destroyed the linen and material.

Soon, people began using poly pellets, hence, the modern blankets sold in stores today. Manufacturers even tried glass microbeads as weights and they’re as effective as poly pellets, but at a lot more costly too. The weight was distributed evenly on the body, providing an effective deep touch pressure stimulation.

Not Just For Children With Autism

Soon, people began realizing that weighted blankets aren’t just for children with special needs. It became obvious that the calming and relaxing effect of the heaviness sensation can be used by the general population, not just those in immediate distress and anxiety. Today, a number of manufacturers offer a wide array of products, both for children and adults. Adults who suffer from anxiety, depression, stress disorders, and other mental health problems can benefit from the use of them, too.

The use of weighted blankets has many benefits. Many people nowadays suffer from sleep problems, such as insomnia, and sleep pattern issues brought about by other conditions like anxiety. It’s a fact that sleep is an important element of survival.

When a person lacks the sleep he or she needs, it can take a toll on one’s health, including cardiovascular and mental health. Fortunately, for individuals who are having problems with sleep, there are many ways to solve the problem. One of which is the use of a heavy blanket which you can buy or make your own.

These products help people with insomnia or a lack of quality sleep. They provide deep touch pressure, which is brought by the feeling of being cuddled, grounded, and hugged. These help the body release serotonin, which is responsible for relaying messages from one brain area to another. These include the brain cells linked to appetite, mood, sleep, social behavior, learning, and memory.

Low serotonin has also been linked to conditions such as anxiety, depression, autism, ADHD, and many others. Since weighted blankets can promote the release of serotonin, they can alleviate the symptoms of the conditions.

Aside from that, they can relieve the symptoms of anxiety and relax the mind, which is alert during the night when a person has this condition. It can also increase melatonin levels, a hormone that controls the body’s internal clock.

Furthermore, weighted blankets can improve focus the next day, particularly for children with autism and ADHD. Even adults can focus more on school and work after a good night’s sleep with the aid of a heavied down duvet. When a person lacks sleep, it can wreak havoc on his or her focus the next day. Hence, they can better sleep and improved focus the following day.

The weighted blanket as a product has been born to fulfill a need, and in order to do its purpose is to undergo a series of changes and innovations. Through many experiments, trial and error, and research, manufacturers have developed these covers to be safe and effective to help millions of people across the globe.

One of the most popular benefits is to alleviate and address insomnia. Deep touch pressure helps calm and relax the body until the person can finally sleep better at night. Aside from that, it can also help people with restless leg syndrome, anxiety, obsessive-compulsive disorder (OCD), post-traumatic stress disorder (PTSD), autism, attention deficit hyperactivity disorder (ADHD), and other mental health disorders.

Weighted blankets help those who can’t sleep due to these disorders. Lastly, they help those with a restless and hyperactive mind, offering effortless, simple, and drug-free therapy that can be used whenever needed.  They have answered prayers for those who are plagued by the severe effects of these conditions that hinder having a good night’s sleep.

Click here to find out what are the best weighted blankets, see the most popular reviews and decide for yourself whether you need one! Check out Weighted Journal for everything else.

Hi, my name is Larry!
I started WeightedJournal to help people find the best weighted blanket for their needs, learn more about them and see the amazing health benefits they can offer if used correctly and regularly.

WeightedJournal.com is a participant in the Amazon Services LLC Associates Program, an affiliate advertising program designed to provide a means for sites to earn advertising fees by advertising and linking to Amazon.com and other sources.

Who Is Behind Weighted Journal?

Hi, my name is Larry!
I started Weighted Journal to help people find the best weighted blanket for their needs, learn more about them and see the amazing health benefits weighted blanket can offer if used regularly.